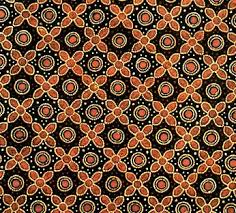 Yogyakarta as the capital and royal in Java, known as the heart of the art of batik. Jogja batik is very unique design that is developing a combination of several design motifs geometris.Contoh Jogja Batik is: Grompol and Nitik.
Grompol commonly used for weddings. Grompol means coming together, symbolizing the presence with all good things, such as; good fortune, happiness, children and a harmonious marriage. Nitik is a motif commonly found in Jogja. During the annual celebration of colonial (Jaarbeurs) in the Dutch colonial period, a batik producer memberinama Nitik Jaarbeurs awarded to motive. 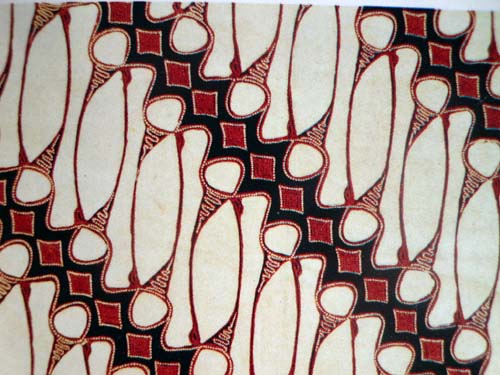 Broken bat parang batik Motif is derived from the rocks and barong (Lions). Parangparang barong is the most big and great, and because of the sacredness of his philosophy, this pattern should only be used for the King, especially worn at religious rituals and meditation.

This Motif was created of Sultan AgungHanyakrakusuma who wants to express his experience as King with all of its obligations and duties of consciousness as a young man in the presence of the creator.

The barong means something big and this is reflected in the size of the pattern on the fabric. This barong machete damaged Motif is the parent of all of the motives of parang. This Motif has significance to a King is always carefully and be able to control myself.

Slobog can also mean lobok or loose. This fabric commonly used for organizing, with the goal of keeping the deceased did not have difficulty facing the Almighty. It is strongly influenced by the religious principles that after death there is another life that must be accountable, i.e. facing the God Almighty. 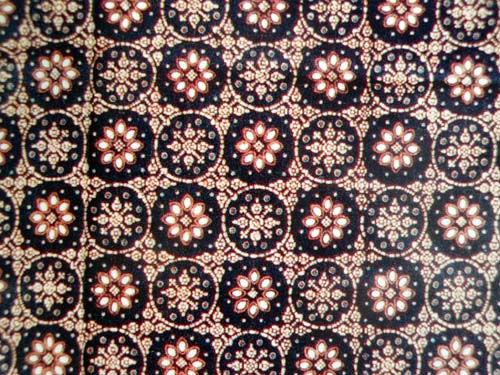 Wisdom became the core of the philosophy of nitik motif batik karawitan. Thus, the wearer will hopefully be wise. That is why elderly people in its surroundings many use this motif batik. 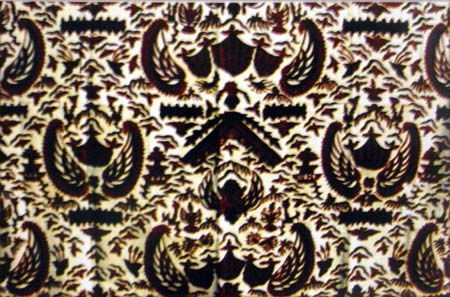 Batik Motif Meru
The word is derived from the mountain meruMahameru. The mountain is considered to be the place of residence or the throne for the Tri Murti, namely Sang Hyang Vishnu, Brahma, and Sang Hyang Sang Hyang Shiva. Tri Murti is denoted as the source of all life, prosperity, and any source source of happiness to live in the world. Therefore, the meru used as motifs so that the wearer is always getting prosperity and happiness. 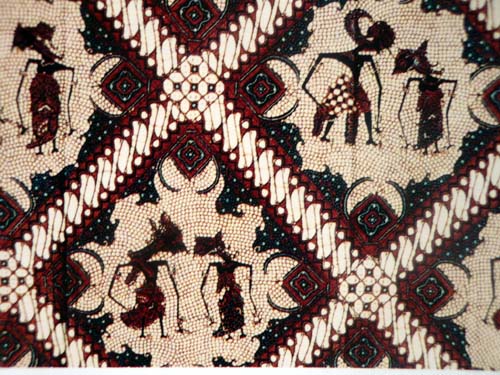 The Motif of this ciptoning is usually used by people who are elderly or leader. With this motive, the wearer is expected to be a wise man and was able to give the correct directions on others. Philosophical meaning behind this pattern is not only for leaders, but also to everyone that was able to lead (placing) herself in the middle of the society 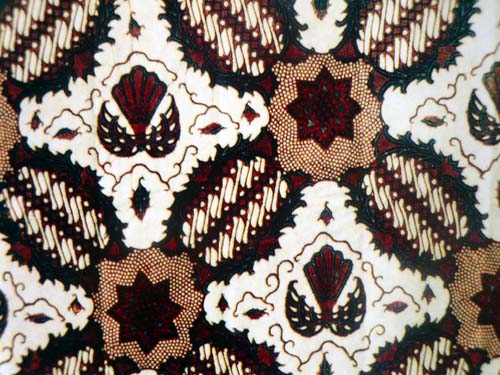 Form of pattern is a pattern of very ancient poached kawung. A pattern with this poached motifs inspired by fruit shape kawung (fruit or fruit aren roof) divided by four. The fourth part of the fruit together essentially represent the four directions (directions) of Buddhism.

Basically, the fried egg is a category based on the motif of repetition of geometric shapes, such as square, rectangular, oval, or even stars. There are many other variants of ceplok, for example poached sriwedari and nifty little fried egg. Batik truntum also enter ceplok category. In addition, ceplok, too often usually with different forms of other motives for style and a more beautiful batik motifs.

On the border of North Java, batik is called “batik pesisiran”. Historically, there are three types of batik pekalongan. The first ones, is local batik. It is made by using local style. The pattern doesn’t refer to princes’ rule, but it takes market progress by using the product sold out quickly. 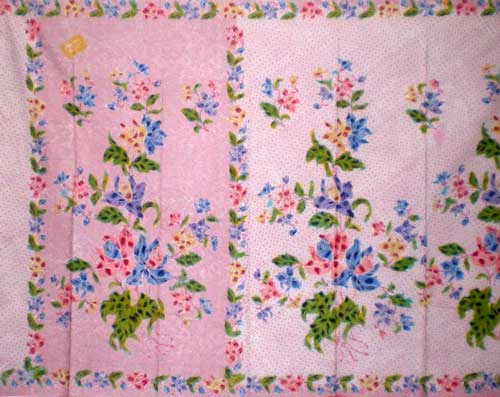 The second one is “batik encim”. It is made in China, and can be defined in 3 categories. The pattern is based on “buketan accessories,” china culture, and various paintings. The third one is “batik londo” made in Holland whose accessories were a Dutch culture

These tree batiks are improved each other and it has their own customer. Among them, it is admitted that local batik is oldest even though it is unknown when and who the batik maker is. Generally it had existed before China and Dutch trader came. The glory period of pekalongan batik occurred around 1850: Elyza Van Zuylen product, Oey Soen King, until by the time of World War II, the product of Mrs. Sastromulyono was also known. 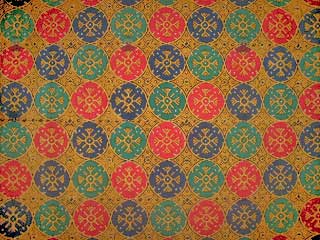 Pekalongan batik that had been produced in 1942-1945 appeared after World War II when Japan occupied Indonesia. Thus, Indonesia trade in cooperation with Dutch was over. So did unbleached plain cloth and dye trade. It led the lack of supply. If any, the price was too expensive. In this period, the batik producer made a new one. It was more sophisticated and made by implementing “Padat Karya system (Work full system). The purpose was to make slower and not lose of employees. Unexpectedly, it brought a great impact. Batik Java Hokokai was known then.

1980- 1997 was a critical situation, then they produced silk batik and batik recovered step by step and the customer increased their demands. In 1999, they applied batik in wholesale. It had an intention to access bigger market and to make closer to the customer as well as create pekalongan become “kota batik or batik city”.