Skip to content
Carolina Josephine van Franquemont is Netherlands women were touted as the first Netherlands citizens established a batik factory in Indonesia. In the hands of Caroline-lah, stands a batik factory in Surabaya in 1840 that would later become part of the history of the development of batik in Indonesia, particularly the coastal batik. 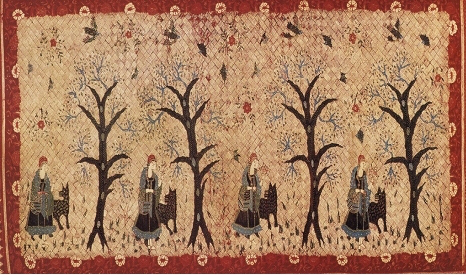 Caroline, who eventually migrated from Surabaya to Semarang, bringing the influence of bright batik patterns, dynamic, and more life into the batik pattern. The pattern of coastal batik is very different compared to the style of the Kraton Jogjakarta and Solo batik. Coastal Batik is considered more “recalcitrant” for daring to display bright colors and lights up, much different when compared batik keraton coaster and tend to rely on ground colors. As the people of Europe that has not forgotten its cultural, Caroline poured a traditional European stories into his hand. Call it Hanzel and Gretel or Red Riding Hood, two of the many monumental works of Caroline. Belanda batik or Dutch batik emerged and developed between 1840 and 1940, almost always in the form of a sarong and initially made only for the Indo-Dutch, Dutch and Eurasians, and in the coastal region (Pekalongan) mainly. 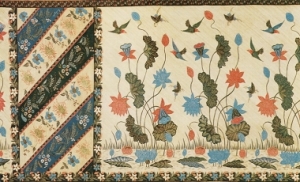 Most Dutch batik displays the combination of a bouquet of flowers, or a flowering tree, birds, especially herons, geese, and small birds, and butterflies. This type of combination has also been made with Chinese or Javanese ornamentation. Dutch batik colors have always been clear, according to the European taste. The drawings were presented clearly, ranging from flowers and animals to airplanes, buildings and human forms. There were drawings with themes inspired by tales European, such as Red Riding Hood, snow white, and Hansel and Gretel and even the goddess Hsi Wang Mu, a design influenced by Chinese culture, the puppet, a puppet and shadow circus design. 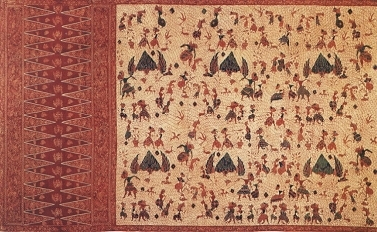 The environment, also, had an impact on domestic product Dutch batik: batik of the Court saga – Brown continued to be the choice of the main color. The natural environment that encompassed the atmosphere of the Court imbued with a batik Interior shade Dutch court, thus. Dutch Batik is more attractive in appearance, because – as with the Dutch coastal batik its high level of refinement, retail, harmony. The porters, who were originally limited to the Dutch environment, then expanded to include Chinese and Javanese aristocracy. The first company of Dutch batik, owned by Caroline Joséphine von Franquemont, was created in 1840 Surabaya and Semarang later. Franquemont was famous for the discovery of a fast green dye obtained from the natural colouring matter. This colour became known as green Franquemont