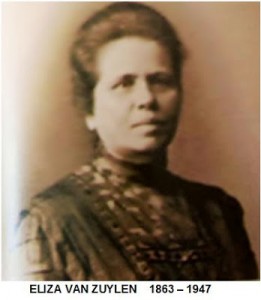 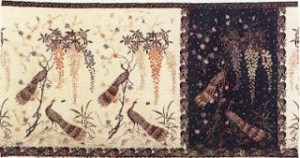 On the development of batik, batik Netherlands Eliza van Zuylen is recognized as a top copyright batik works of Netherlands. Because batik Eliza van Zuylen offers the highest level of complexity both in terms of the typical motif and detail, as well as in terms of colorful of the resulting color. Most of Van Zuylen Eliza-style batik buketan, to produce a colorful flower pattern on it Eliza buketan Van Zuylen by using synthetic color substances so that the resulting colour is more diverse. While the tinting process is also done by painting and dipped for a time in machining process efficiency.
The Influence Of Chinese Motifs In Batik Eliza Van Zuylen 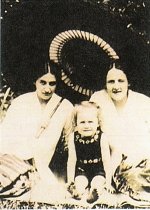 Eliza van Zuylen also perform various development patterns, for instance by combine his buketan style with elements of Chinese culture, since at that time already began to appear also in Arabic and Chinese batik in Java. Chinese cultural elements are visible on the emerging pattern of lilies, peacocks and detail isen-isen is more complicated on the buketan design. The colors shown on the hand becomes more diverse and bright, still using synthetic dyes.