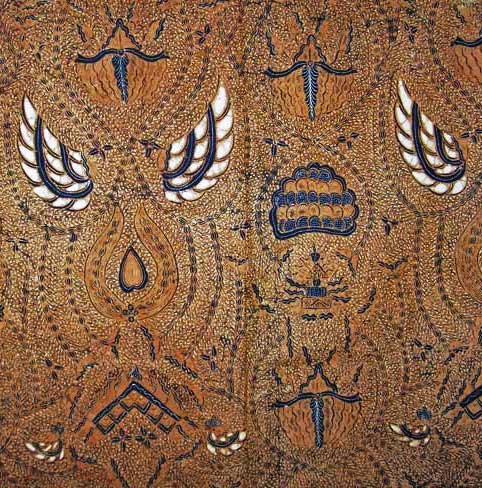 It became spread out especially in Java, around 17th, 18th, 19th centuries. For the first time, it has just served as a hobby for the castle family. Next, it was used as a trade commodity in society. Solo batik was famous of its design and traditional pattern especially for both stamp and handwritten process. For coloring, the material used was still remain using domestic product such as Java soga – it had been known since a long time ago- while the pattern used was “Sidomukti and Sidoluruh”. 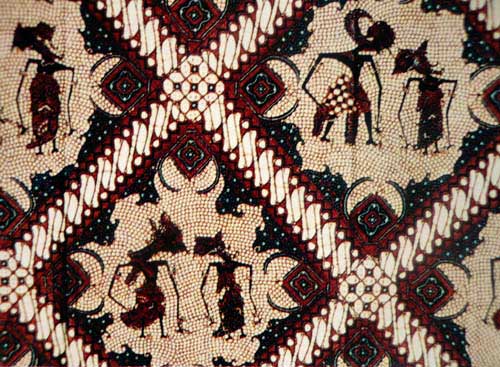 Concerning the origin of batik production in Yogyakarta, it was known since The First Mataram Kingdom, ruled by Panembahan Senopati. The former was implemented in Plered village – only for castle family- the latter, it spread to court servant and troops. At official ceremony, the family member of the palace wore a costume in combination between batik and lurik. Thus, the people were interested in what they worn and they imitated them then. This is why batik became down to earth.

The war occurred between both kingdom and Dutch colonial in the past, led to castle family take refuge and stay in new area such as Banyumas, Pekalongan, East Ponorogo, Tulungagung etc and they taught batik to many people. As a result, batik was known in this area, in the beginning of 18th centuries.

The Fight of Diponegoro against the Dutch has forced him and his family to leave the palace. They were spread then to the East and West. In this region, they presented batik. At East region, Solo and Yogyakarta batik had improved the design of Mojokerto and Tulungagung batik. Furthermore, it spread also in Gresik, Surabaya and Madura. Meanwhile, at West region, batik was known in Banyumas, Pekalongan, Tegal and Cirebon.